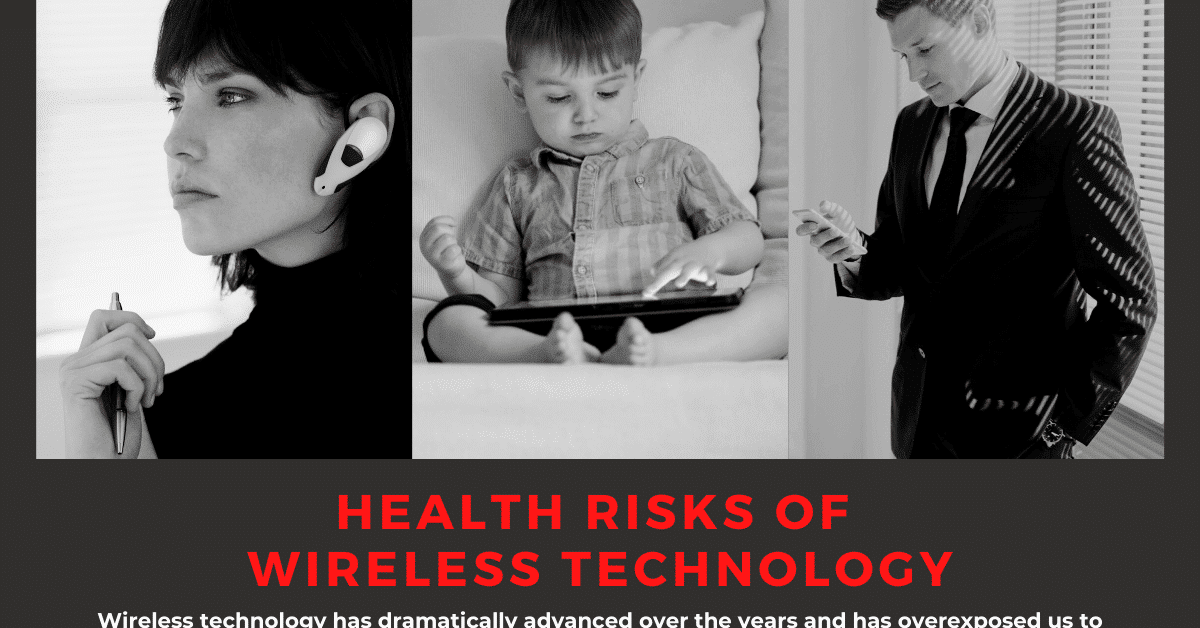 Wireless technology has dramatically advanced over the years and has overexposed us to electromagnetic fields (EMFs) and their potential dangers. Independent Research is ongoing to establish the safety of global technological progress. The results have been astonishing. The most common appliances and devices that expose us to radiations are microwaves, cellphones, Wi-Fi routers, power lines, cordless phones and dirty electricity. Because they are low-level radiation emitters, their effects mostly happen by long periods of EMF exposure.

According to numerous research featured in different publications, exposure to ELF-EMF may adversely affect living organisms, human beings included. These biological effects are mostly dependent on a factor we refer to as DDT - DISTANCE from the source, DOSE it is emitting and TIME exposed. Cancer risks, cellular stress, genetic damages, structural and functional changes of the reproductive system, learning and memory deficits, neurological disorders, are cited to correlate with the wireless radiations.

Mobile devices have wireless transmitters that emit radio frequency signals. Many people are not aware of the fact that these signals may be harmful when at a close range with our bodies since they are colorless and odorless.

According to Professor Joel Moskowitz, director of family and community health, the University of California, more than 500 research studies have established that there are harmful health effects from exposure to radiofrequency radiations.

He noted that little is known about the effects of 4G though it has been in use for about 10 years because the government didn’t fund the research. “Meanwhile, we are seeing an increase in certain types of tumors, head, and neck, which may be partially attributable to the proliferation of cell phone radiation.” He stated.

According to him, cancer is not the only risk as there is considerable evidence that RFR causes neurological disorders and reproductive harm due to an imbalance between free radicals and antioxidants in the body.

Hundreds of peer-reviewed scientific studies by unbiased scientists from all over the world have shown the dangers of RF radiation from cell phone towers. Their Scientific Studies prove that these radiations can interfere with your body’s natural electrical balance, causing many kinds of potential health challenges such as headaches, dementia, cardiovascular stress, low sperm count, birth defects, and various types of cancer.

For all of these reasons it is wise to conduct a pre-purchase EMF inspection when buying or renting property. Many people are concerned about EMFs from nearby power lines, or perhaps a cell tower that may be located a little too close.

In fact, many other scientists have published over 2000 research studies on the adverse health effects of radio frequencies EMR and have signed the international EMF scientists appeal calling for tighter limits on radio frequencies radiation exposure for the general public.

Here are some basic steps in moving toward reducing wireless exposure.

The next step is to get a professional EMF/EMR assessment to expose harmful EMFs and how to mitigate them.