Electricity Is In The Air!

What is Radio Frequency

Didn't some Hollywood star say 'electricity is in the air' in a movie as an expression of vibrancy and excitement? Well I don't think back then holds the same meaning we have today. Radio frequency is literally electricity being flung in the air 24/7 and while it creates convenience of communications; plant, animal and human cells find it anything but vibrant and quite compromising.

Naturally produced electromagnetic waves have been part of the planets cosmic background radiation since humans have walked the earth. In this spectrum we find visible light and infrared heat and also passing through atmospheric protective layers is a small band of radio frequencies from 30 MHz to 30 GHz and on a fully clear day up to 300 GHz. These emit from outer space and enter through what is called the radio window. 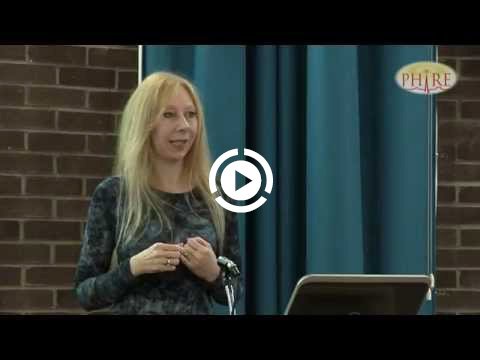 1970 brought the first generation (1G) with analog voice signaling. The 1990s spurred on (2G) going digital. Still in use today. Since then we've seen 3G and 4G take hold of ur networks and we've seen wifi go from lower than 2.4 GHz to over 5 GHz. One might say 'all the more power to you buddy'! But hold that thought. Hundreds and even 1000s of studies are showing harmful effects of pulsed digital waves on humans, animals, insects, plants and trees. It turns out the 1G waves analog in nature were more suitable to the human cellular level electrical system - that's right, we are electrical beings. The newer power densities are not so friendly and produce nasty cumulative biological effects over time.

Studies show this pulsing to be more biologically damaging

The discussion of 'thermal impacts' is an outdated one. Ionizing radiation which immediately destroys dna and kills people quickly is indeed different from non-ionizing radiation like visible light and radio frequencies. To declare non-ionizing radiation is safe is a fallacy. All electromagnetic waves exert forces on charged particles making up matter. Critical electric charges become modified and their sphere of influence alters. Both molecules and ions dance to the influence of the constantly alternating or pulsing fields. Biological effects take their path from there.

Who Should Have An In-Home EMF Inspection?

Literally well more then 9 out of 10 people have no idea of the health impacts scientist and researchers have uncovered associated with wireless technology. At the same time government regulatory levels don't take into account these findings and more and more wireless technologies appear in our homes daily. Your inspection will show you what is taking place in your home, car and community and plot it against exposure guidelines as well as research.

Your assessment will reveal any significant magnetic fields as well as electric fields and how they too impact sleeping areas as well as frequented areas of the home. Some remedies can be performed at time of inspection while others require planning. We will help you every step of the way to bringing peace and health back to your living space.